The video marks the debut of “Black Voices Matter” and is part of the Black AIDS Institute’s new website launch.

As the mother of Beyoncé and Solange, Tina Knowles-Lawson has been an influential voice in the African-American community for decades. For the debut of Black Voices Matter, a video discussion series from the Black AIDS Institute (BAI), she spoke candidly about her family’s very intimate connection to HIV and about the COVID-19 pandemic, which is also disproportionately affecting Black people. (You can watch the video at the top of this article.)

In the ’90s, Knowles-Lawson recounts, she lost her best friend, Johnny—who was actually a relative she grew up with whom she jokingly referred to as her wife because for several years he helped raise her kids and even made costumes and dresses for her daughters.

Seeing other young men with AIDS at a hospice where Johnny stayed toward the end of his life, Knowles-Lawson witnessed the stigma, ignorance and fear that often accompany HIV and AIDS. And it’s clear from listening to her conversation with BAI president CEO Raniyah Copeland, who hosts the series, that she is dedicated to educating others and raising awareness not just of HIV but of the issues that fuel negative health outcomes among African Americans in general. 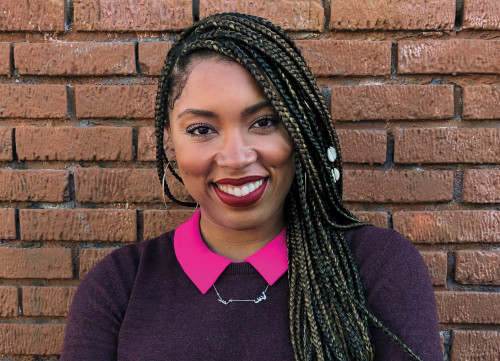 The 35-minute discussion touches on a range of relevant topics, from the Black community’s distrust of medical information to the latest treatment trends and HIV statistics. For example, it is expected that half of gay Black men will contract HIV in their lifetime—but it doesn’t have to be this way because, for example, HIV-negative people can now take pre-exposure prophylaxis (PrEP), a daily pill to prevent contracting HIV. What’s more, people living with HIV who take meds and maintain an undetectable viral load cannot transmit the virus via sex (this fact is commonly referred to as Undetectable Equals Untransmittable, or U=U).

Knowles-Lawson acknowledged that some of the statistics came as a surprise to her because AIDS is no longer in the forefront of discussions the way it was in the ’80s and ’90s, when she lost Johnny to the disease. That’s why, she said, it’s important to her to participate in social media campaigns and discussions to raise awareness and inspire people to take better care of themselves, particularly now that COVID-19 is hitting Black people especially hard. She also offers several tips—notably, to get tested for HIV, to stay up to date with other medical tests and checkups, and to wear a mask.

Black Voices Matter “is a yearlong conversation series that amplifies Black influencers with varied perspectives and platforms,” according to BlackAIDS.org. “By including individuals who represent the spectrum of all Black lives, we aim to create HIV awareness in spaces where it has previously been ignored or misunderstood.

“We are launching Black Voices Matter in the midst of a pandemic that is hurting Black Americans twice as much as White Americans. These conversations are a timely opportunity to highlight how systemic health injustice affects our people, regardless of health issues—and what we are doing about it.”

The video series coincides with the launch of the Black AIDS Institute’s new website and with the lead-up to World AIDS Day, marked each December 1.

The site aims to educate and mobilize not only around HIV in the Black community but also the intertwined issue of racial justice. For more, visit BlackAIDS.org. Launched in 1999, the organization “reflects a uniquely and unapologetically Black perspective that is dedicated to ending HIV in Black America.”

On the website, you’ll also find information on Black women and PrEP, the group’s Los Angeles clinic, HIV services in your area, numerous other resources (including substance abuse programs), ways to cut HIV stigma and the group’s latest report, “We the People: A Black Plan to End HIV.” You can also watch a video interview with Anthony Fauci, MD, who heads the National Institute of Allergy and Infectious Diseases and helps lead the country’s HIV and COVID-19 efforts.