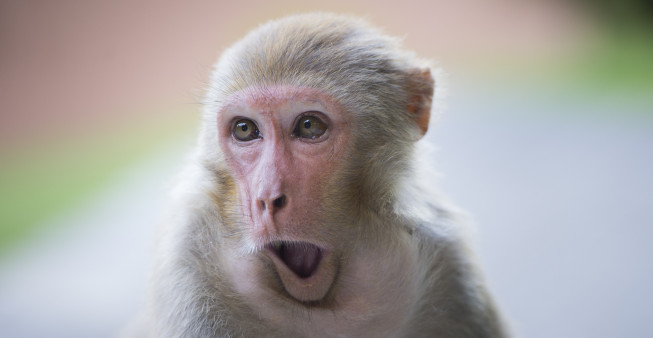 The vaccine, known as ChAd-SARS-CoV-2-S, is undergoing clinical trials in India.

A single dose of an experimental COVID-19 vaccine delivered into the nose of rhesus macaques protected their lungs and nasal region from SARS-CoV-2 infection, a new study from National Institutes of Health scientists and colleagues shows. The vaccine, known in its pre-clinical formulation as ChAd-SARS-CoV-2-S, is undergoing clinical trials in India under the name BBV154.

Scientists at Washington University School of Medicine in St. Louis developed ChAd-SARS-CoV-2-S, which is designed similarly to AZD1222—a COVID-19 vaccine developed by the University of Oxford and pharmaceutical company AstraZeneca, both based in the United Kingdom. AZD1222 has been authorized for use in parts of the world. Both vaccines use an adenoviral vector that infects chimpanzees to deliver the genetic information for an immune-stimulating protein from SARS-CoV-2, the virus that causes COVID-19. ChAd-SARS-CoV-2-S is based on a different strain of chimp adenovirus than AZD1222 and delivers the genetic information to produce a stabilized form of the spike protein, which is found on the surface of SARS-CoV-2.

The Washington University scientists successfully tested the protective efficacy of ChAd-SARS-CoV-2-S against SARS-CoV-2 in mice and hamsters. They then collaborated for the macaque study, published in Cell Reports Medicine, with colleagues at NIH’s National Institute of Allergy and Infectious Diseases (NIAID).

In work completed at NIAID’s Rocky Mountain Laboratories in Hamilton, Montana, scientists immunized six macaques with ChAd-SARS-CoV-2-S and six with an inactive control; the immunization was delivered into the nose. Three weeks later, scientists detected protective antibodies against SARS-CoV-2 in animals vaccinated with ChAd-SARS-CoV-2-S, but not in the control animals. Four weeks after immunization, scientists exposed all 12 animals to high doses of SARS-CoV-2 delivered to the nose and trachea. Throughout the following week scientists checked animals for disease, virus growth in the lung and virus transmission from the nose. The overall data shows that ChAd-SARS-CoV-2-S protected the upper and lower respiratory tracts of the vaccinated animals from disease and virus transmission compared to the control animals.

ChAd-SARS-CoV-2-S is licensed in India to Bharat Biotech as BBV154. In the United States and Europe, Precision Virologics, Inc., holds the license for the investigational vaccine.

This article was published by the National Institutes of Health on April 1, 2021. 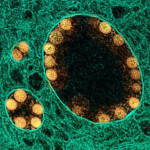