Molnupiravir, previously studied for hepatitis C, might be able to prevent or treat COVID-19 outside of a clinical setting.

May 4, 2021 • By Brian Doctrow and National Institutes of Health

[Editor’s note: Data from a Phase IIa clinical trial presented at the 2021 Conference on Retroviruses and Opportunistic Infections showed that daily treatment with a molnupiravir pill for five days eliminated SARS-CoV-2 in the nasopharnyx (back of the throat). In contrast, a quarter of study participants randomized to receive a placebo still had detectable virus. Adverse events were uncommon across all study arms. Phase II/III safety and safety trials are currently underway in hospitalized and nonhospitalized COVID-19 patients.]

Only one antiviral drug, remdesivir, is currently approved for treating COVID-19. Remdesivir must be administered intravenously, which limits its use to clinical settings and hinders its use for preventing COVID-19 following exposure.

A team led by Dr. Heinz Feldmann from NIH’s National Institute of Allergy and Infectious Diseases (NIAID) and Dr. Michael Jarvis, a guest researcher at NIAID from the University of Plymouth, tested MK-4482, an experimental antiviral drug that can be taken orally, against COVID-19. The results of their study appeared on April 16, 2021 in Nature Communications.

Previous work by the researchers showed that Syrian hamsters were highly susceptible to SARS-CoV-2 infection. Infected hamsters had high virus levels in their lungs but developed only mild, transient clinical symptoms. Thus, Syrian hamsters provide a useful model for evaluating the efficacy of COVID-19 treatments.

The researchers used the hamster model to test MK-4482. Also called molnupiravir [and, formerly, EIDD-2801], MK-4482 is a prodrug, meaning that it has no activity on its own. Rather, the body’s metabolism converts it into an active drug. The corresponding active form of MK-4482, called EIDD-1931, was developed in the early 2000s to treat hepatitis C virus. Recent studies in mice showed it to be effective against SARS-CoV-1 and MERS-CoV, viruses related to SARS-CoV-2.

The researchers first tested the ability of EIDD-1931 to stop SARS-CoV-2 replication in cultured human lung cells. Treatment with EIDD-1931 reduced viral replication by almost a thousand-fold. Notably, effective doses of the drug exhibited minimal toxicity to the cells.

Next, the researchers gave MK-4482 to two groups of hamsters. One group began taking the drug 12 hours before infection with SARS-CoV-2. The other began 12 hours after infection. Both groups continued taking MK-4482 every 12 hours until the fourth day after infection.

MK-4482 is now in human clinical trials in SARS-CoV-2 infected patients. If it succeeds, MK-4482 could expand the available options for COVID-19 treatment. Because it can be taken orally, the drug could be used shortly before or after exposure to prevent COVID-19 symptoms. Combining MK-4482 with remdesivir may also be more effective than either drug on its own.

“In contrast to vaccines against SARS-CoV-2, we really don’t have many drugs that are effective against the virus,” Jarvis says. “This is an exciting result that identifies MK-4482 as an additional antiviral against SARS-CoV-2. I think this additional control measure could prove to be really useful in the current pandemic.”

This research report was published on the National Institutes of Health website on April 27, 2021. 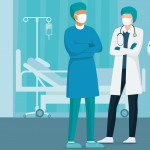 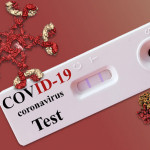 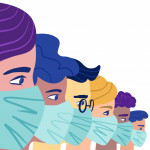 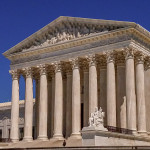