How much alcohol can I safely drink?

Experts recommend no more than two drinks for men or one drink for women per day.

The evidence is clear: Drinking alcohol is associated with a host of health problems, including liver disease and cancer. Public health guidelines from the Centers for Disease Control and Prevention (CDC) and others allow for moderate alcohol consumption, but experts emphasize that this level of drinking is lower risk—not necessarily “safe.”

Alcohol is processed by the liver, and heavy drinking is a leading risk factor for liver disease. Now that hepatitis C can be treated easily and hepatitis B can be prevented with a vaccine, alcohol use and fatty liver disease have become the most common reasons for liver transplants in the United States.

Alcohol use has also been linked to multiple malignancies, including liver, oral, esophageal, breast and colorectal cancer. A study from the World Health Organization estimated that 4% of cancer cases are attributable to alcohol consumption.

But how much is too much?

A standard drink contains 14.0 grams, or 0.6 ounces, of pure alcohol. Health risks are associated with the total amount of alcohol consumed, not the type. This is the equivalent of:

However, some research suggests that even this low level of alcohol consumption increases health risks. One international study, for example, found that an additional 63 out of 100,000 people would develop an alcohol-related health problem if they had two drinks a day and four more would be affected if they had just one drink a day.

The more alcohol a person drinks, the higher the risk. Binge drinking—or having multiple drinks on a single occasion—and heavy drinking are especially hazardous. The National Institute of Alcohol Abuse and Alcoholism defines binge drinking as five or more drinks for men or four or more for women at a time. Heavy alcohol consumption is defined as more than four drinks on any day or 14 drinks per week for men or more than three per day or seven per week for women.

What’s more, experts recommend that some people should not drink alcohol at all, including those who are pregnant, those with preexisting liver disease, those taking medications that can interact with alcohol and people in recovery from an alcohol use disorder.

Many people enjoy an occasional drink, and public health guidelines don’t say that everyone should be a teetotaler. Instead, they advise a harm reduction approach. While it’s fine for most people to indulge on occasion, moderation is key. 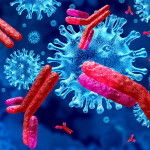 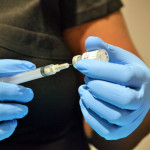 Organ Centers to Transplant Patients: Get a COVID Shot or Move Down on Waitlist 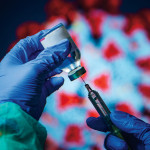