Click to watch a video for the INSTI HIV self-test, available November 2020 in Canada. Courtesy of YouTube/bioLytical Laboratories

The need for HIV self-testing has increased amid the COVID-19 pandemic.

Starting this week, Canadians can take an HIV test in the comfort and privacy of their own homes. As CBC News reports, federal regulators approved the INSTI HIV self-test, the first such test available in the country.

The one-minute test relies on a blood drop from a fingerstick. They’re manufactured by bioLytical Laboratories, which is based in Richmond, British Columbia, and are available for purchase this week on INSTI.com, according to a press statement from bioLytical.

Similar tests have been available in dozens of countries for years, including the United States, and are endorsed by the World Health Organization.

The approval in Canada arrives after study results at three sites across the nation showed that people could easily perform the tests and interpret the results. 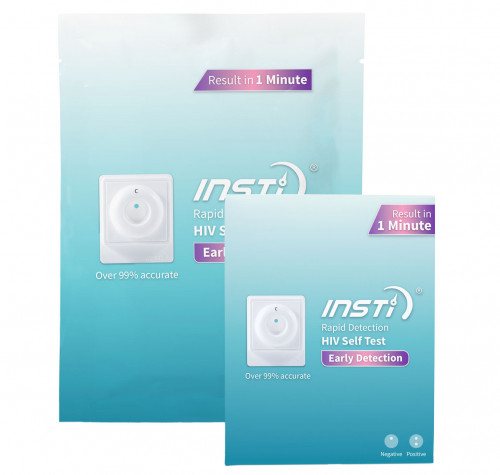 The INSTI HIV self-test is available starting November 2020 in Canada.Courtesy of YouTube/bioLytical Laboratories

“Our purpose in developing the INSTI HIV self-test was to provide an easy, affordable, consumer-friendly solution that would empower individuals to take control of their health in a discreet way and within the comfort of their own home,” wrote bioLytical Laboratories in the text accompanying a promotional video for the test (see above). “Consumers want to know their status as soon as possible. Now they can choose INSTI, which detects HIV up to two weeks sooner than all other HIV home tests currently on the market.”

It’s estimated that 14% of Canadians living with HIV don’t know their status, the company noted, adding that its self-tests will help reach these people and thus end the HIV epidemic in the country. Once people learn they have HIV, they can take antivirals and lower their viral load to undetectable, thus not only improving their own health but also ending their ability to transmit the virus via sex, even if condoms aren’t used. This fact is often referred to as Undetectable Equals Untransmittable, or U=U.

Sean Rourke, a clinical neuropsychologist and HIV specialist with the Centre for Urban Health Solutions at St. Michael’s Hospital in Toronto, told CBC News that the need for HIV self-tests has increased because HIV testing rates at clinics have fallen amid the COVID-19 pandemic.

The INSTI HIV self-test was also approved for use in Europe. bioLytical Laboratories’ COVID-19 antibody self-test is currently available in Europe; approval in the United States is pending. The company also manufactures tests for syphilis and hepatitis C.