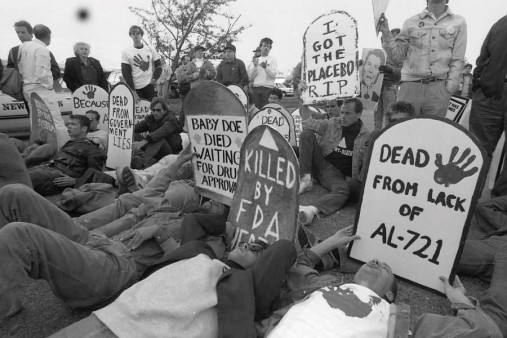 Three decades ago, HIV advocates helped lay the groundwork for the response to COVID-19.

On October 11, 1988, ACT UP descended on the Maryland headquarters of the Food and Drug Administration (FDA) demanding faster approval of HIV drugs.

“There was this narrative that the FDA was killing us, and you just had to put your foot on the gas,” recalls ACT UP and Treatment Action Group veteran Gregg Gonsalves, PhD, now an assistant professor of epidemiology at Yale School of Public Health.

Such actions—coupled with insider meetings—led to changes, including the FDA’s parallel track system (which enables patients with life-threatening conditions to use experimental therapies while trials are underway) and accelerated approval (conditional approval based on surrogate markers). But fast approval proved to be a “double-edged sword,” Gonsalves says, resulting in an ongoing battle over how to balance the need for rapid access versus ensuring that new therapies are safe and effective.

Once better AIDS treatments were approved in the mid-1990s, advocates aimed to make them available to all people living with HIV in the United States through initiatives like AIDS Drug Assistance Programs. But it would take years before these advances became available to people in poor countries.

“The [2000] Durban AIDS conference was a wake-up call for a lot of people who had not focused on the global epidemic and the stark inequalities in access to drugs,” Gonsalves recalls.

Today, veterans of the AIDS fight are working alongside new advocates to ensure that history doesn’t repeat itself with COVID-19. “Now we’re in  a sort of 1996 situation where we have vaccines that work for us, but people around the world are dying for lack of access,” says Gonsalves. “We’re seeing the same medical apartheid we screamed about 20 years ago.”

According to the World Health Organization, more than 80% of the global COVID-19 vaccine supply has gone to high-income countries and less than 1% to low-income countries. While more than half of eligible Americans are now fully vaccinated, the rollout has barely begun in many poor countries.

In May, President Joe Biden announced support for waiving patent protections for COVID-19 vaccines, but that’s only part of the solution. “It’s a three-legged stool. Another leg is technology transfer, and then we’re going to need a World War II–style mobilization to really scale up production,” Gonsalves explains. “If we’re sitting on millions of doses, yeah, we should give them away, but that’s like a Band-Aid on a machete wound.”

COVID-19, like AIDS, shows we can’t conquer a pandemic in just one country. While the lack of global access to HIV treatment was easy for many to ignore, that’s not the case with the latest health crisis.

“In the old days, people could say, ‘Oh, treatment access in Africa is a nice thing, but it doesn’t affect me directly.’ But a raging viral epidemic outside the U.S. that can come back with variants that are resistant to current vaccines should concern everybody,” Gonsalves says.

“We got caught with our pants down; we don’t have the ability to vaccinate the world right now,” he adds. “But if we can put a rover on Mars, we can set up a global network of companies that can make enough vaccines to protect the planet from a new pandemic—not just for today, but for tomorrow and the day after that.” 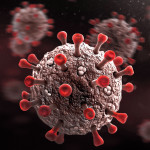 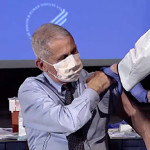 Why Won’t More Older Americans Get Their COVID Booster? 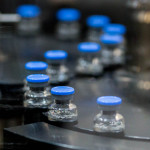